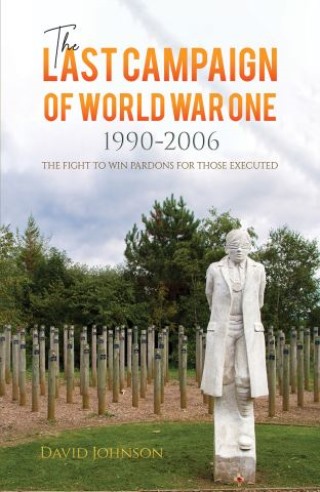 The Fight to Win Pardons for Those Executed

Followers of the Brexit saga will recognise the following as the establishment’s way of blocking something that it does not want and does not agree with – stifling stories, hiding its mistakes through methods ranging from leaked stories to the press, prevarication, using procedures to delay and stifle initiatives, utilising precedents established hundreds of years ago, making things seem more difficult than they really are, embargoes on documents and records, use of “Project Fear” and even destroying records.
They were equally familiar to those who for sixteen years battled to win pardons for 306 soldiers executed in WW1.

David Johnson: Following a long career in the public sector and higher education, David Johnson has had two books published on WWI. The first, The Man Who Didn’t Shoot Hitler, is a biography of Private Henry Tandey who was the most decorated private soldier to survive the war. He has been wrongly identified as the soldier who spared Hitler’s life in September 1918. The second book, Executed at Dawn: British Firing Squads on the Western Front 1914-18, discusses how the executions were organised, the abolition of the death penalty in the military and the Shot at Dawn Campaign. This book tells the story in more detail of the Shot at Dawn Campaign to obtain pardons for 306 soldiers who were executed and the establishment’s efforts to thwart it.
David lives in Warwickshire with his partner.