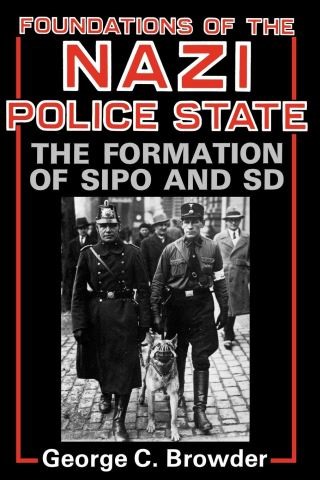 Foundations of the Nazi Police State

The Formation of Sipo and SD

The abbreviation "Nazi," the acronym "Gestapo," and the initials "SS" have become resonant elements of our vocabulary. Less known is "SD," and hardly anyone recognizes the combination "Sipo and SD." Although Sipo and SD formed the heart of the National Socialist police state, the phrase carries none of the ominous impact that it should.

Although no single organization carries full responsibility for the evils of the Third Reich, the SS-police system was the executor of terrorism and "population policy" in the same way the military carried out the Reich's imperialistic aggression. Within the police state, even the concentration camps could not rival the impact of Sipo and SD. It was the source not only of the "desk murderers" who administered terror and genocide by assigning victims to the camps, but also of the police executives for identification and arrest, and of the command and staff for a major instrument of execution, the Einsatzgruppen.

Foundations of the Nazi Police State offers the narrative and analysis of the external struggle that created Sipo and SD. This book is the author's preface to his discussion of the internal evolution of these organizations in Hitler's Enforcers: The Gestapo and the SS Security Service in the Nazi Revolution.

George C. Browder: George C. Browder is retired professor of history at SUNY and has dedicated nearly 50 years to the study of Germany, World War II, and the Nazi police state.