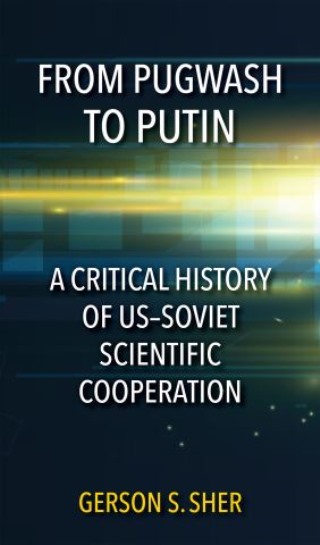 From Pugwash to Putin

These firsthand accounts of US and Soviet scientists communicating across the Iron Curtain offer “a stunning portrait of Cold War scientific cooperation” (Physics Today).

For sixty years, scientists from the United States and the Soviet Union participated in state-organized programs of collaboration. But what really happened in these programs? What did the participants and governments hope to achieve? And how did these programs weather the bumpiest years of political turbulence? From Pugwash to Putin provides accounts from sixty-three insiders who participated in these programs, including interviews with scientists, program managers, and current or former government officials.

In their own words, these participants discuss how and why they engaged in cooperative science, what their initial expectations were, and what lessons they learned. They tell stories of gravitational waves, classified chalkboards, phantom scientists, AIDS propaganda, and gunfire at meteorological stations, illustrating the tensions and benefits of this collaborative work.

From the first scientific exchanges of the Cold War through the years following the fall of the Soviet Union, Gerson S. Sher provides a sweeping and critical history of what happens when science is used as a foreign policy tool. Sher, a former manager of these cooperative programs, provides a detailed and critical assessment of what worked, what didn’t, and why it matters.

Gerson S. Sher spent twenty years as Program Coordinator for US-Soviet and East European Programs at the National Science Foundation, before providing leadership throughout the rest of his career to private and public foundations at the intersection of scientific cooperation, international affairs, and global security.