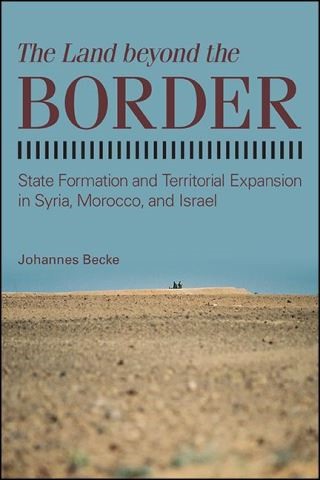 The Land beyond the Border

State Formation and Territorial Expansion in Syria, Morocco, and Israel

Based on three case studies from the Middle East, The Land beyond the Border advances an innovative theoretical framework for the study of state expansions and state contractions. Johannes Becke argues that state expansion can be theorized according to four basic ideal types—a form of patronage (patronization), the imposition of a satellite regime (satellization), the establishment of territorial exclaves (exclavization), or a full-fledged takeover (incorporation). Becke discusses how both irredentist ideologies and political realities have shaped the dynamics of state expansion and state contraction in the recent history of each state. By studying Israel comparatively with other Middle Eastern regimes, this book forms part of an emerging research agenda seeking to bring the research fields of Israel Studies and Middle East Studies closer together. Instead of treating Israel's rule over the occupied territories as an isolated case, Becke offers students the chance to understand Israel's settlement project within the broader framework of postcolonial state formation.

Johannes Becke: Johannes Becke is Professor of Israel and Middle East Studies at the Heidelberg Center for Jewish Studies in Germany.