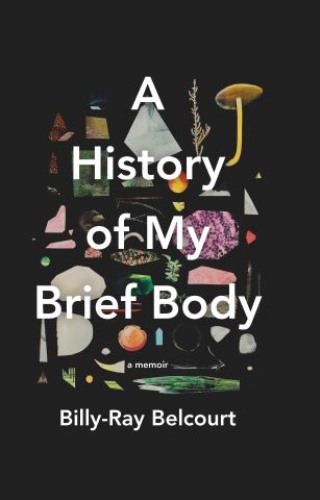 A History of My Brief Body

Billy-Ray Belcourt's collection of personal essays opens with a tender letter to his kokum and memories of his early life in the hamlet of Joussard, Alberta, and on the Driftpile Cree Nation. From there, it expands to encompass the big and broken world around him, in all its complexity and contradictions: a legacy of colonial violence and the joy that flourishes in spite of it, first loves and first loves lost, sexual exploration and intimacy, and the act of writing as a survival instinct and a way to grieve. What emerges is not only a profound meditation on memory, gender, anger, shame and ecstasy, but also the outline of a way forward. With startling honesty, and in a voice distinctly and assuredly his own, Belcourt situates his life experiences within a constellation of seminal queer texts, among which this book is sure to earn its place. Eye-opening, intensely emotional and excessively quotable, A History of My Brief Body demonstrates over and over again the power of words to both devastate and console us.

Billy-Ray Belcourt: Billy-Ray Belcourt (he/him) is a writer and scholar from the Driftpile Cree Nation. He won the 2018 Griffin Poetry Prize for his debut collection, This Wound Is a World, which was also a finalist for the Governor General's Literary Award. His second book of poetry, NDN Coping Mechanisms: Notes from the Field, was longlisted for Canada Reads 2020. A recipient of the prestigious Rhodes Scholarship and an Indspire Award, Belcourt is Assistant Professor of Indigenous Creative Writing at University of British Columbia.