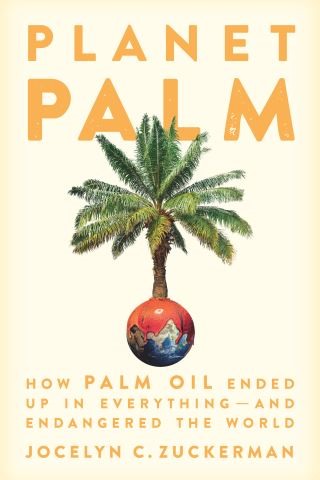 How Palm Oil Ended Up in Everything—and Endangered the World

In the tradition of Eric Schlosser's Fast Food Nation, a groundbreaking global investigation into the industry ravaging the environment and global health—from the James Beard Award–winning journalist

Over the past few decades, palm oil has seeped into every corner of our lives. Worldwide, palm oil production has nearly doubled in just the last decade: oil-palm plantations now cover an area nearly the size of New Zealand, and some form of the commodity lurks in half the products on U.S. grocery shelves. But the palm oil revolution has been built on stolen land and slave labor; it’s swept away cultures and so devastated the landscapes of Southeast Asia that iconic animals now teeter on the brink of extinction. Fires lit to clear the way for plantations spew carbon emissions to rival those of industrialized nations.

James Beard Award–winning journalist Jocelyn C. Zuckerman spent years traveling the globe, from Liberia to Indonesia, India to Brazil, reporting on the human and environmental impacts of this poorly understood plant. The result is Planet Palm, a riveting account blending history, science, politics, and food as seen through the people whose lives have been upended by this hidden ingredient.

This groundbreaking work of first-rate journalism compels us to examine the connections between the choices we make at the grocery store and a planet under siege.

Jocelyn C. Zuckerman is the former deputy editor of Gourmet, former articles editor of OnEarth, and the former executive editor of Whole Living. Her stories have appeared in Audubon, Fast Company, the American Prospect, Vogue, and other publications. She is the recipient of a James Beard Journalism Award for Feature Writing. She lives in Brooklyn.