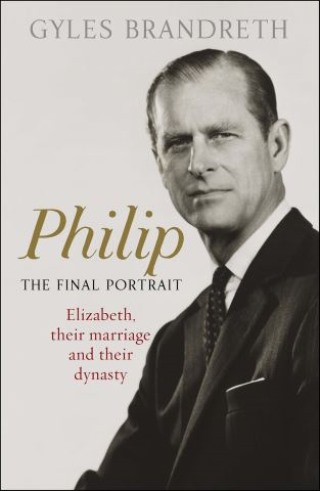 'It is a beautifully written book about a unique and extraordinary man who was the longest-serving consort to the longest reigning monarch in British history. I have read many other books about Philip but this is the best.' - Daily Express

'It's bloody brilliant, totally inspiring ... it's a joy to read a book that comes from a perspective of fondness. There are whole pages I want to read to the kids and stick to the fridge.' - KIRSTIE ALLSOPP, THE TIMES

'As a sparkling celebration of Prince Philip, the book will be hard to beat' - THE TELEGRAPH

'Brandreth explores a temperament on the brink of anger and agitation with immense tact, even affection.' - THE SPECTATOR

'This affectionate biography of Prince Philip is stuffed with entertaining anecdotes ... so readable and refreshing even after the millions of words that have been written about Prince Philip in the past couple of weeks.' - THE TIMES

'Brilliant... there is so much in this book you won't find anywhere else.' - LORRAINE

'A stately, respectful and joyful tribute. It is an extraordinary story, told with unique insight and authority by an author who knew him for more than 40 years.' - EDINBURGH EVENING NEWS

'A warm, affectionate portrait of the much-missed Duke ... a rich source of insights and anecdotes.' - SAGA MAGAZINE

This is the story of Prince Philip, Duke of Edinburgh - the longest-serving consort to the longest-reigning sovereign in British history. It is an extraordinary story, told with unique insight and authority by an author who knew the prince for more than forty years.

Philip - elusive, complex, controversial, challenging, often humorous, sometimes irascible - is the man Elizabeth II once described as her 'constant strength and guide'. Who was he? What was he really like? What is the truth about those 'gaffes' and the rumours of affairs? This is the final portrait of an unexpected and often much-misunderstood figure. It is also the portrait of a remarkable marriage that endured for more than seventy years.

Philip and Elizabeth were both royal by birth, both great-great-grandchildren of Queen Victoria, but, in temperament and upbringing, they were two very different people. The Queen's childhood was loving and secure, the Duke's was turbulent; his grandfather assassinated, his father arrested, his family exiled, his parents separated when he was only ten. Elizabeth and Philip met as cousins in the 1930s. They married in 1947, aged twenty-one and twenty-six.

Philip: The Final Portrait tells the story of two contrasting lives, assesses the Duke of Edinburgh's character and achievement, and explores the nature of his relationships with his wife, his children and their families - and with the press and public and those at court who were suspicious of him in the early days. This is a powerful, revealing and, ultimately, moving account of a long life and a remarkable royal partnership.

Gyles Brandreth: Gyles Brandreth is a writer, performer, former MP and Government Whip, now Chancellor of the University of Chester and probably best known these days as a reporter on BBC1's The One Show and having been a regular on Radio 4's Just a Minute. On TV he has featured on Have I Got News For You, QI, Room 101, Countdown, and This is Your Life. As a journalist he writes for the Telegraph and Daily Mail and is a columnist for The Oldie. The founder of the National Scrabble Championships, his books about words and language include four best-sellers, The Joy of Lex, Word Play, Have You Eaten Grandma? and Dancing by the Light of the Moon. His novels include seven Victorian murder mysteries featuring Oscar Wilde as his detective and he has published two volumes of diaries and two acclaimed royal biographies. In 2020 he published The Oxford Book of Theatrical Anecdotes.