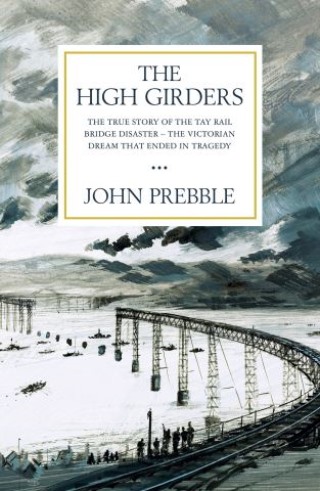 'A tale of irresponsibility and inexperience' THE TIMES

'Graphically written with a sense of dramatic construction' SCOTSMAN

On December 28th 1879, the night of the Great Storm, the Tay Bridge collapsed, along with the train that was crossing, and everyone on board...

This is the true story of that disastrous night, told from multiple viewpoints:

The station master waiting for the train to arrive - who sees the approaching lights simply vanish.
The bored young boys watching from their bedroom window who witness the disaster.
The dreamer who designed the bridge which eventually destroyed him.
The old highlanders who professed the bridge doomed from the outset.
The young woman on the ill-fated train, carrying a love letter from the man she hoped to marry...

THE HIGH GIRDERS is a vivid, dramatic reconstruction of the ill-omened man-made catastrophe of the Tay Bridge disaster - and its grim aftermath.

John Prebble: John Prebble was born in 1921. He became a journalist in 1934 and served with the Royal Artillery during World War Two. He wrote a number of novels and acclaimed works of non-fiction, many centred around Scotland, and his first bestseller was THE HIGH GIRDERS, originally published in 1956. His book CULLODEN was made into a BBC documentary, and he co-wrote the screenplay for the film ZULU. John Prebble was awarded the OBE in 1998, and died in 2001.