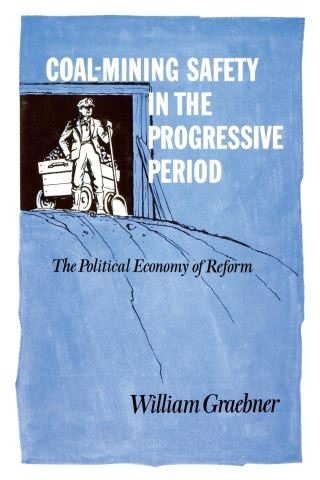 Coal-Mining Safety in the Progressive Period

The Political Economy of Reform

Through the first decade of the twentieth century, Americans looked upon industrial accidents with callous disregard; they were accepted as an unfortunate but necessary adjunct to industrial society. A series of mine disasters in December 1907 (including one in Monongah, West Virginia, which took a toll of 361 lives) shook the public, at least temporarily, out of its lethargy.

In this award-winning study, author William Graebner traces the development of mine safety reform in the years immediately following these tragic events. Reform activities during the Progressive period centered on the Bureau of Mines and an effort to obtain uniform state legislation; the effect of each was minimal. Mr. Graebner concludes that these idealistic solutions of the time were at once the great hope and the great failure of the Progressive coal-mining safety movement.

William Graebner: William Graebner is professor of history at State University College, Fredonia, New York. This study is the winner of the 1975 Frederick Jackson Turner Award of the Organization of American Historians.