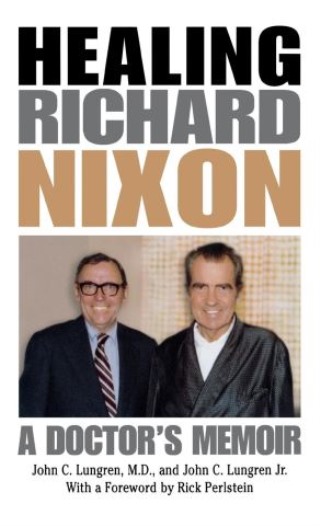 Richard M. Nixon remains an enigma even thirty years after his resignation. Of the many portraits of this complex man, none have been more intimate or revealing than this memoir from his personal physician, friend, and confidante of more than forty years, John C. Lungren, M.D. Dr. Lungren, with his son and co-author John C. Lungren Jr., portrays Nixon as a paradoxical man—intense, compassionate, guarded, intelligent, resilient, deeply religious, enormously successful but ultimately tragic.

Lungren describes his battle to restore the president's health after his resignation and reveals previously unknown details about Nixon's two intensive hospitalizations, his near fatal vascular collapse, and his depression. Lungren experienced firsthand Nixon's thoughts and feelings during the public scrutiny of federal prosecution for his role in the Watergate break-in. Accused of shielding his friend, Lungren himself came under fire; his private office was even burgled in an apparent attempt to copy Nixon's private medical records.

Using previously unpublished sources, original correspondence, and private photographs, Healing Richard Nixon places Nixon in a new light. No future research or conclusions about Nixon—the man or the president—will be complete without consulting this fascinating memoir.