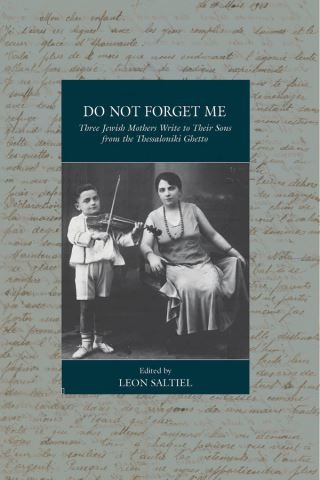 Do Not Forget Me

Three Jewish Mothers Write to Their Sons from the Thessaloniki Ghetto

Following the Axis invasion of Greece, the Nazis began persecuting the country’s Jews much as they had across the rest of occupied Europe, beginning with small indignities and culminating in mass imprisonment and deportations. Among the many Jews confined to the Thessaloniki ghetto during this period were Sarina Saltiel, Mathilde Barouh, and Neama Cazes—three women bound for Auschwitz who spent the weeks before their deportation writing to their sons. Do Not Forget Me brings together these remarkable pieces of correspondence, shocking accounts of life in the ghetto with an emotional intensity rare even by the standards of Holocaust testimony.