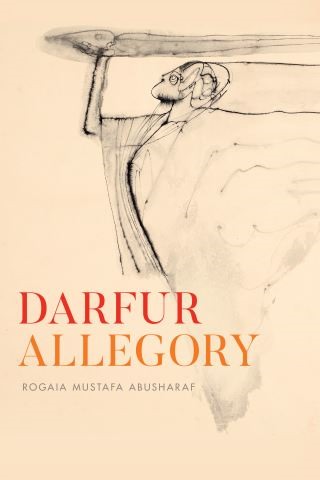 The Darfur conflict exploded in early 2003 when two rebel groups, the Sudan Liberation Movement and the Justice and Equality Movement, struck national military installations in Darfur to send a hard-hitting message of resentment over the region’s political and economic marginalization. The conflict devastated the region’s economy, shredded its fragile social fabric, and drove millions of people from their homes. Darfur Allegory is a dispatch from the humanitarian crisis that explains the historical and ethnographic background to competing narratives that have informed international responses. At the heart of the book is Sudanese anthropologist Rogaia Abusharaf’s critique of the pseudoscientific notions of race and ethnicity that posit divisions between “Arab” northerners and “African” Darfuris.

Elaborated in colonial times and enshrined in policy afterwards, such binary categories have been adopted by the media to explain the civil war in Darfur. The narratives that circulate internationally are thus highly fraught and cover over—to counterproductive effect—forms of Darfurian activism that have emerged in the conflict’s wake. Darfur Allegory marries the analytical precision of a committed anthropologist with an insider’s view of Sudanese politics at home and in the diaspora, laying bare the power of words to heal or perpetuate civil conflict.