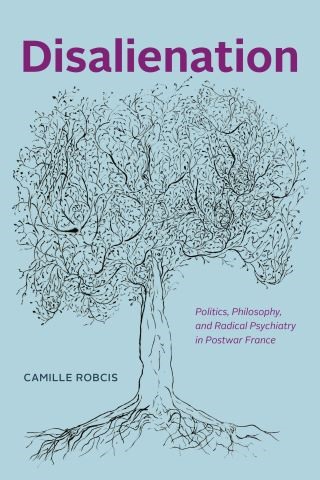 From 1940 to 1945, forty thousand patients died in French psychiatric hospitals. The Vichy regime’s “soft extermination” let patients die of cold, starvation, or lack of care. But in Saint-Alban-sur-Limagnole, a small village in central France, one psychiatric hospital attempted to resist. Hoarding food with the help of the local population, the staff not only worked to keep patients alive but began to rethink the practical and theoretical bases of psychiatric care. The movement that began at Saint-Alban came to be known as institutional psychotherapy and would go on to have a profound influence on postwar French thought.

In Disalienation, Camille Robcis grapples with the historical, intellectual, and psychiatric meaning of the ethics articulated at Saint-Alban by exploring the movement’s key thinkers, including François Tosquelles, Frantz Fanon, Félix Guattari, and Michel Foucault. Anchored in the history of one hospital, Robcis's study draws on a wide geographic context—revolutionary Spain, occupied France, colonial Algeria, and beyond—and charts the movement's place within a broad political-economic landscape, from fascism to Stalinism to postwar capitalism.

Camille Robcis: Camille Robcis is associate professor of French and history at Columbia University. She is the author of The Law of Kinship: Anthropology, Psychoanalysis, and the Family in France.