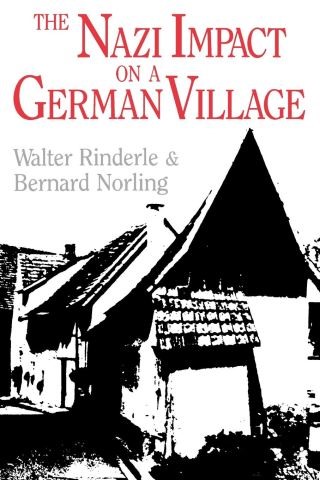 The Nazi Impact on a German Village

Many scholars have tried to assess Adolf Hitler's influence on the German people, usually focusing on university towns and industrial communities, most of them predominately Protestant or religiously mixed. This work by Walter Rinderle and Bernard Norling, however, deals with the impact of the Nazis on Oberschopfheim, a small, rural, overwhelmingly Catholic village in Baden-Wuerttemberg in southwestern Germany.

This incisively written book raises fundamental questions about the nature of the Third Reich. The authors portray the Nazi regime as considerably less "totalitarian" than is commonly assumed, hardly an exemplar of the efficiency for which Germany is known, and neither revered nor condemned by most of its inhabitants. The authors suggest that Oberschopfheim merely accepted Nazi rule with the same resignation with which so many ordinary people have regarded their governments throughout history.

Based on village and county records and on the direct testimony of Oberschopfheimers, this book will interest anyone concerned with contemporary Germany as a growing economic power and will appeal to the descendants of German immigrants to the United States because of its depiction of several generations of life in a German village.