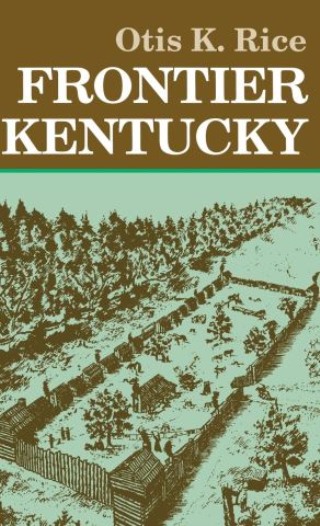 Otis Rice tells the dramatic story of how the first state beyond the mountains came into being. Kentucky dates its settled history from the founding of Harrodsburg in 1774 and of Boonesborough in 1775. But the drama of frontier Kentucky had its beginnings a full century before the arrival of James Harrod and Daniel Boone. The early history of the Bluegrass state is a colorful and significant chapter in the expansion of the American frontier.

Rice traces the development of Kentucky through the end of the Revolutionary War. He deals with four major themes: the great imperial rivalry between England and France in the mid-eighteenth century for control of the Ohio Valley; the struggle of white settlers to possess lands claimed by the Indians and the liquidation of Indian rights through treaties and bloody conflicts; the importance of the land, the role of the speculator, and the progress of settlement; the conquest of a wilderness bountiful in its riches but exacting in its demands and the planting of political, social, and cultural institutions. Included are maps that show the changing boundaries of Kentucky as it moved toward statehood.