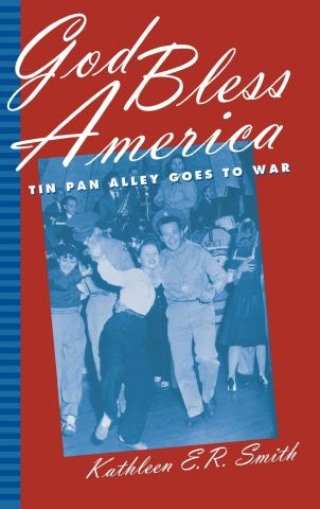 After Pearl Harbor, Tin Pan Alley songwriters rushed to write the Great American War Song—an "Over There" for World War II. The most popular songs, however, continued to be romantic ballads, escapist tunes, or novelty songs. To remedy the situation, the federal government created the National Wartime Music Committee, an advisory group of the Office of War Information (OWI), which outlined "proper" war songs, along with tips on how and what to write. The music business also formed its own Music War Committee to promote war songs.

Neither group succeeded. The OWI hoped that Tin Pan Alley could be converted from manufacturing love songs to manufacturing war songs just as automobile plants had retooled to assemble planes and tanks. But the OWI failed to comprehend the large extent by which the war effort would be defined by advertisers and merchandisers. Selling merchandise was the first priority of Tin Pan Alley, and the OWI never swayed them from this course.

Kathleen E.R. Smith concludes the government's fears of faltering morale did not materialize. Americans did not need such war songs as "Goodbye, Mama, I'm Off To Yokohama", "There Are No Wings On a Foxhole", or even "The Sun Will Soon Be Setting On The Land Of The Rising Sun" to convince them to support the war. The crusade for a "proper" war song was misguided from the beginning, and the music business, then and now, continues to make huge profits selling love—not war—songs.