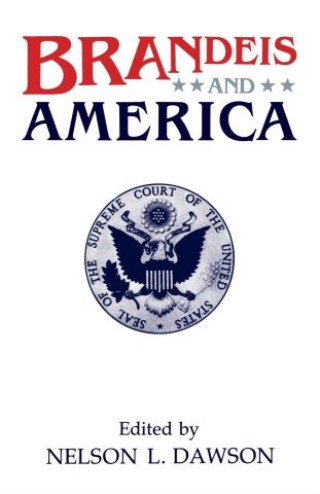 Louis D. Brandeis is a figure of perennial significance in American history. Brilliant lawyer, innovative reformer, seminal thinker, and judicial giant, he left few significant issues in American society untouched during the course of his long and productive career. The last several decades have been particularly rich in Brandeis historiography, creating the need for a work surveying current scholarship and addressing critical issues. Brandeis and America more than meets this need.

In addition, the book contains a comprehensive survey of Brandeis historiography, a reference chronology of his life, and an exploration of the deeply controversial issue of judicial propriety. It should prove a powerful stimulus to future Brandeis research. These essays not only contribute to an understanding of Brandeis himself but also cast light on vital political, social, and economic issues in twentieth-century America, issues that are sure to be with us well into the next century.