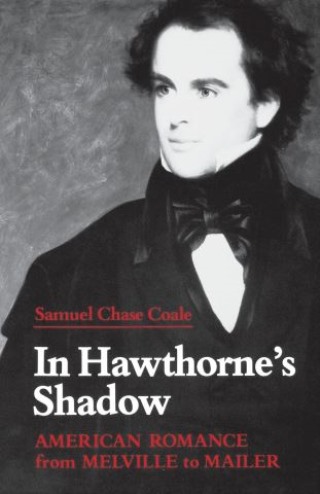 American Romance from Melville to Mailer

"The world is so sad and solemn," wrote Nathaniel Hawthorne, "that things meant in jest are liable, by an overwhelming influence, to become dreadful earnest; gaily dressed fantasies turning to ghostly and black-clad images of themselves." From the radical dualism of Hawthorne's vision, Samuel Coale argues, springs a continuing tradition in the American novel. In Hawthorne's Shadow is the first critical study to describe precisely the formal shape of Hawthorne's psychological romance and to explore his themes and images in relation to such contemporary writers as John Cheever, Norman Mailer, Joan Didion, John Gardner, Joyce Carol Oates, William Styron, and John Updike. When viewed from this perspective, certain writers—particularly Cheever, Mailer, Oates, and Gardner—appear in a new and very different light, leading to a considerable reevaluation of their achievement and their place in American fiction.

Mr. Coale's long interviews and conversations with John Cheever, John Gardner, William Styron, and others have provided insights and perspectives that make this book particularly valuable to students of contemporary American literature. Coale links contemporary writers to an on-going American romantic tradition, represented by such earlier authors as Melville, Harold Frederic, Faulkner, Flannery O'Connor, and Carson McCullers. He explores the distinctly Manichean matter of much American romance, linking it to America's Puritan past and to the almost schizophrenic dynamics of American culture in general. Finally, he reexamines the post-modernist writers in light of Hawthorne's "shadow" and shows that, however similar they may be in some ways, they differ remarkably from the previous American romantic tradition.

Samuel Chase Coale: Samuel Coale, professor of English at Wheaton College in Massachusetts, is the author of John Cheever and Anthony Burgess.