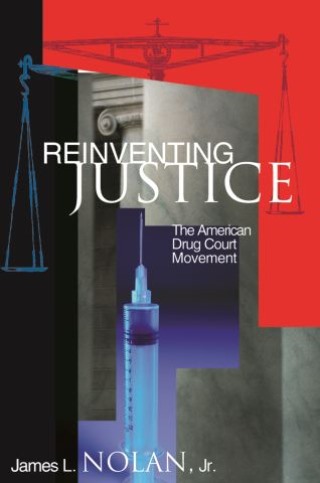 Drug courts offer radically new ways to deal with the legal and social problems presented by repeat drug offenders, often dismissing criminal charges as an incentive for participation in therapeutic programs. Since the first drug court opened in 1989 in Florida, close to 600 have been established throughout the United States. Although some observers have questioned their efficacy, no one until now has constructed an overall picture of the drug court phenomenon and its place in an American history of the social control of drugs. Here James Nolan examines not only how therapeutic strategies deviate from traditional judiciary proceedings, but also how these differences reflect changes afoot in American culture and conceptions of justice.

Nolan draws upon extensive fieldwork to analyze a new type of courtroom drama in which the judge engages directly and regularly with the defendant-turned-client, lawyers play a reduced and less adversarial role, and treatment providers exert unprecedented influence in determining judicially imposed sanctions. The author considers the intended as well as unexpected consequences of therapeutic jurisprudence: for example, behavior undergoes a pathological reinterpretation, guilt is discredited, and the client's life story and ability to convince the judge of his or her willingness to change take on a new importance. Nolan finds that, fueled in part by the strength of therapeutic sensibilities in American culture, the drug court movement continues to expand and advances with it new understandings of the meaning and practice of justice.

James L. Nolan Jr.: James L. Nolan, Jr., is Assiociate Professor of Sociology at Williams College. He is the author of The Therapeutic State: Justifying Government at Century's End and the editor of Drug Courts: Theory and Practice.