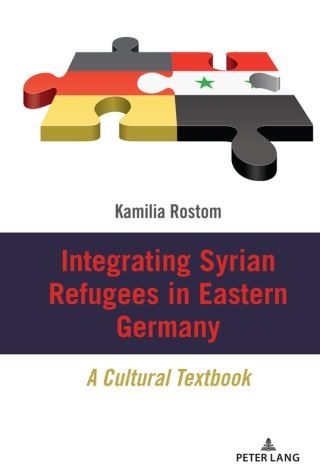 This book covers the integration of Syrian refugees in Germany, especially eastern Germany. In this novel genre of “teddytext” the author visibly reacts with scholarly evidence to explain how eastern and western perspectives converge and differ. The author guides refugee integration by showing Syrians how Germans think, and vice versa. First comes a panoramic overview of the West’s “Diversity Transition,” now changing ethnic to mixed societies. The rescue effort is both corporatized and voluntary process-action, a mass form of government-civil society cooperation modernizing and speeding up conventional integration processes. Main obstacles include the national east-west split, the east’s capital strike, and governmental efforts to manage Germany’s spoiled identity through politicized stigma management imposed via the remembrance policy. These together make easterners second class citizens. Former refugees are ethnic victim groups unable to take full part in Germany’s corporation-colonized lifeworld. This includes former Prussians and returned USSR German settlers whose political awakening seized on refugees in a struggle for power to oppose the remembrance policy. Brandenburgers oppose refugee integration through Know-Nothingism, deception, and ostracism, in part because refugee integration would threaten their “dirty togetherness” social organization. Nonetheless, refugees interviewed and examined in Berlin and Brandenburg are educated, motivated and, despite their traumatized condition, determined to stay and succeed. Their integration is happening more quickly and promises to be more completely successful than ever before. Improved skills recognition and refugee education are keys. Integration would be even better if Germany itself were integrated.

Kamilia Rostom is a writer, photographer, poet, people watcher (she is an Arab, after all), and nature lover. Kamilia studied French at the Sorbonne, got a B.A. in political science at Arizona State University and an M.A. in European studies at Carleton University. Her languages are Arabic, French, English and German. She has worked as a U.S. national senatorial political assistant, an associate editor at the Canadian Science Policy Research Center, an event coordinator for the International Sociological Association’s Research Committee #26, and most recently worked to help make and apply refugee policy at the European Union Commission, DG Education and Culture in Brussels. Her scholarly contributions include work on Arab, especially legal, culture. She has recently published on behalf of the EU Commission themes of refugee education, integration and governance best practices throughout the EU.