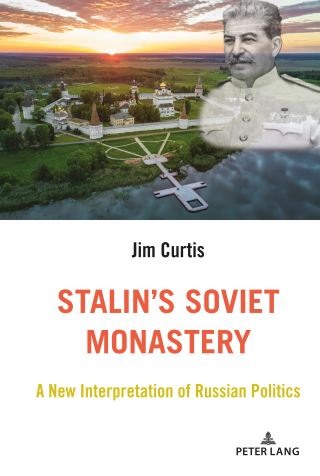 A New Interpretation of Russian Politics

In Stalin’s Soviet Monastery Russian scholar Jim Curtis integrates innovative work in linguistics, anthropology, and media theory to develop a holistic analysis of Russian society that includes a theoretically based rationale for ignoring ideology in favor of cultural dynamics. While the young Iosif Djugashvili, later known as Joseph Stalin, was studying to be a priest in an Orthodox seminary, he took on the role that defined his political career, that of a sadistic elder who imposed fiendish vows of poverty, chastity, and obedience on hapless Soviet citizens. As an exercise in historical anthropology, Stalin’s Soviet Monastery emphasizes the role of myth and ritual in Russia, a society with strong residual orality. The imitation of Christ is called passion-suffering, a practice that helps to explain the widespread acquiescence to Stalin’s practices. Stalin was intensely interested in literature, and his favorite author was Fyodor Dostoyevsky. Some passages in Dostoyevsky’s work anticipate key features of Stalinism. An Afterword discusses the development of Russian society after the collapse of the Soviet Union in 1991.