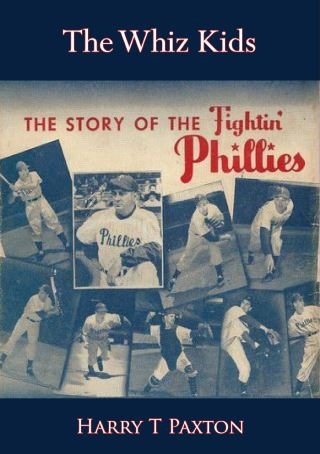 The Story of the fightin’ Phillies

The team had a number of young players: the average age of a member of the Whiz Kids was 26.4 The team won the 1950 National League pennant but failed to win the World Series.

After owner R. R. M. Carpenter, Jr. built a team of bonus babies, the 1950 team won for the majority of the season, but slumped late, allowing the defending National League champion Brooklyn Dodgers to gain ground in the last two weeks. The final series of the season was against Brooklyn, and the final game pitted the Opening Day starting pitchers, right-handers Robin Roberts and Don Newcombe, against one another. The Phillies defeated the Dodgers in extra innings in the final game of the season on a three-run home run by Dick Sisler in the top of the tenth inning. In the World Series which followed, the Whiz Kids were swept by the New York Yankees, who won their second of five consecutive World Series championships.