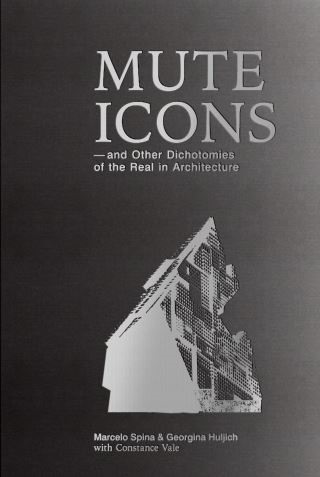 & Other Dichotomies on the Real in Architecture

Mute Icons challenges fixed aesthetic notions of beauty in architecture as both, disciplinary discourse and a spatial practice within the public realm, by intersecting historic antecedents and present instances within contemporary projects wherein indeterminacy, monolithicity and defamiliarization play a speculative role in constructing withdrawn, irritant and yet engaging architectural images.

No longer concerned with narrative excesses or with the "shock and awe" of sensation making; the mute icon becomes intriguing in its deceptive indifference towards context, perplexing in its unmitigated apathy towards the body. Object and building, absolute and unstable, anticipated and strange, manifest and withdrawn, such is the dichotomy of mute icons. Dwelling in the paradox between silence and sign and aiming to debunk a false dichotomy between critical discourse, a pursue of formal novelty and the attainment of social ethics, “Mute Icons” reaffirms the cultural need and socio-political relevance of the architectural image, suggesting a much-needed resolution to the present but incorrect antagonism between formal innovation, social responsibility and economic austerity. Intersecting relevant historical antecedents and polemic theoretical speculations with original design concepts and provocative representations of P-A-T-T-E-R-N-S recent work, the book aspires to stimulate authentic speculations on the real.