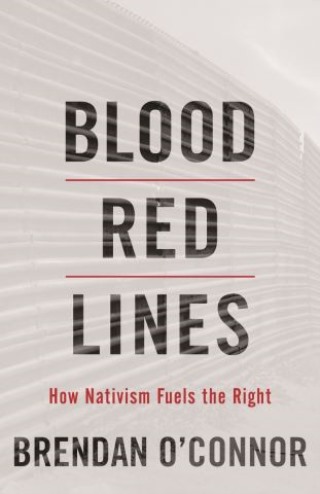 How Nativism Fuels the Right

An engaging and reflective look at how austerity and the billionaire class paved the way for Trump's presidency, the rise of the "alt-right," and the caging of migrants children and adults in detention centers across the country.  For all of the energy that the far right has demonstrated-and for all of the support that they receive from institutional conservatives in the GOP and affiliated organizations-the United States is experiencing an upsurge in left-wing social movements unlike any other in the past half-century, with roots not in the Democratic Party but Occupy Wall Street and Black Lives Matter.

Drawing on his original reporting as well as archival research, O'Connor investigates how the capitalist class and the radical right mobilize racism to defend their interests, while focusing on one of the most pressing issues of our time: immigration.

Brendan O'Connor is a freelance writer and journalist covering inequality, political violence, and white supremacy. He was formerly an investigative reporter at Gizmodo Media's Special Projects Desk, reporting on dark money, the "alt-right" and militia movements, and immigration. He began his journalism career at The Awl, Gawker, and Jezebel. He is based in New York.