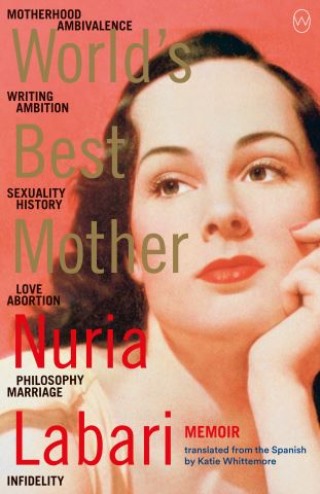 A thirty-five-year-old writer decides she wants to have children. Rounds of IVF treatments and several years later, she has two daughters and sits down to write this book. World’s Best Mother is a sublime journey—through pregnancy, the mothering of small children, marriage, an affair—which unfolds in a heady mix of anecdote, imagination, and social commentary. Clever and insightful, the narrator examines the myth, but also the scam, of motherhood, openly dialoguing with voices of the past that in one way or another have fueled her condition as a woman: from the legendary hominid Lucy—“the mother of humanity”—to Cinderella, passing through Plato, Mother Teresa, Darwin, Maupassant, and Simone de Beauvoir along the way. Humor, love, and horror converge in this lively auto-fictional battle between the intensity of child rearing and the writer trying to fight her way out.

NURIA LABARI was born in Santander and is a writer and journalist. She has written for El Mundo, as well as Telecinco, where she was the editor in chief for web content. She is currently a frequent contributor to El País. Her short-story collection Los borrachos de mi vida (“The Drunkards in My Life”) won the seventh Premio Narrativa de Caja de Madrid in 2009. In 2016 she published her first novel, Cosas que brillan cuando están rotas (“Things That Shine When Broken”). World’s Best Mother is her latest work.

KATIE WHITTEMORE translates from the Spanish and lives in Valencia, Spain. She is the translator of Four by Four (Open Letter Books, 2020) by Sara Mesa, and her work has appeared in Two Lines, The Arkansas International, The Common Online, Gulf Coast Magazine Online, The Brooklyn Rail, and InTranslation. Current projects include novels by Spanish authors Sara Mesa, Javier Serena, and Aliocha Coll (for Open Letter Books), and Aroa Moreno Durán (for Tinder Press).