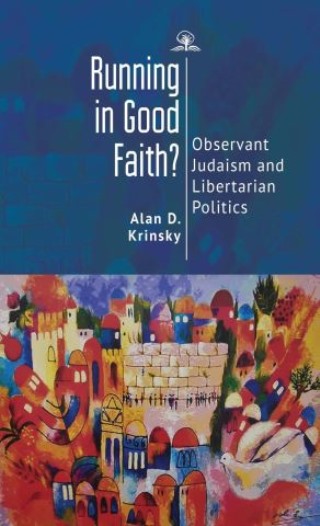 Could a religiously observant Jew, in good conscience, run as a libertarian candidate, promoting a libertarian platform? Or, would doing so betray fundamental Jewish values? Running in Good Faith? Observant Judaism and Libertarian Politics considers the seemingly irreconcilable values and political commitments of Judaism and libertarianism. The latter prizes individualism, self-ownership, private property, and freedom, whereas the former emphasizes community, charity, and service of God. But are these differences so sharp? This book seeks to determine if this is an essential clash or merely an apparent one, and to stimulate a broad discussion of Judaism, values, politics, and political philosophy in order to call into question what people think they know, about both Judaism and libertarianism.

Alan D. Krinsky: Alan D. Krinsky, a writer and senior policy analyst, has written and published on Jewish and general political, historical, religious, and other topics. He earned a PhD in History and the History of Science and a Master of Public Health. He writes to challenge, both himself and others.