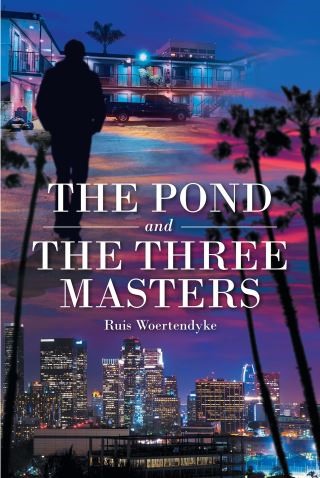 The Pond and The Three Masters

I have been involved in the theater as a director, actor, writer and teacher for sixty years. The Pond and the Three Masters is about that journey and the life-changing teachers who taught me along the way: Frank Silvera, Ellen Stewart and Gus Solomons Jr. These “Three Masters" not only left an indelible mark on the way I felt and thought about the American theater, but on who I would become.

My journey started when I left Greeley, Colorado to venture west and fulfill my dream of becoming the next Marlon Brando. As luck would have it however, my car completely broke down forty miles outside Los Angeles. I cleared it of anything that could identify me, took off the license plates, and carried them with me as I hitchhiked through the desert. I walked a long way before I could see a town. Fortunately, the first car that passed picked me up and asked why all us hippies were going to LA. Then he laughed and said, “Never mind. I know. You all want to be in the movies.” He then pulled in front of a diner and told me to take a bus the rest of the way. “Be careful in LA. Things are not like they should be.” With that, he drove off. I had a chicken-salad sandwich and got on the next bus to Los Angeles.

The first thing I did when I arrived was get a room in a cheap hotel. I had no idea how to enact my plans for Hollywood success, but I knew I was hungry, so I went out to dinner and scoured the local newspaper for day jobs that might keep me afloat until I figured it out. When I returned to my room, I discovered I had been robbed: the hundred-dollar bill that was in my copy of An Actor Prepares by Stanislavski and the book itself was taken. I was not off to an auspicious start. I spent the next number of weeks walking around the city, moving from odd job to odd job, trying to maintain some income and break into the industry I was so eager to join. It was on one of these meandering walks that I came across a poster that would open a door to the next chapter of my life. It was for The Amen Corner by James Baldwin — a play and author that was unknown to me at the time. But something about it called to me. And so I found my way to the American Theatre of Being where it was being performed, to try and seek a meeting with the play’s director.

It was there that I would have the first of many meetings with Frank Silvera, the man I would come to see as my “First Master”. He would open my eyes to what it truly meant to be an actor and artist and would eventually encourage a life path that would take me from the expansive and sun soaked boulevards of Los Angeles to the dark and intimate black box theaters of New York City, where I would meet my second and third ‘Masters’.

The Pond and the Three Masters is a testament to the lives and lessons of three greats of the American theater, and an admission of my own small part in that world as well.