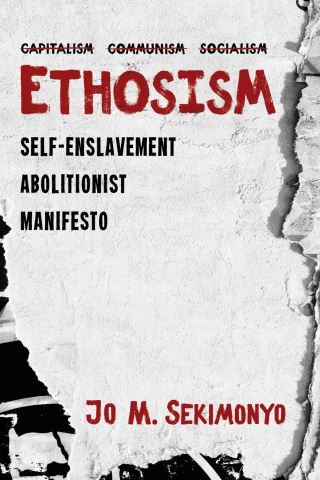 In the global environment of trade and commerce, humankind appears to have given up its natural journey of progression to improve the social order and universally accepted capitalism. But, whilst the richest continue to accumulate vast amounts of wealth, inequality grows and the poorest still live in extreme poverty. This passionate, academic study will go on to present that socialism is just another means of enslaving society under the capitalist model. So, is there a new social, political, and economic arrangement that fits the twenty-first century reality? Ethosism looks at the fact that in the twenty-first century more people than ever before have the means to acquire and own their means of engagement, participation, or involvement in an enterprise. As the result, capitalism, socialism, and communism have lost their raison d'etres. By examining the foremost upheavals of the twenty-first century, wealth inequality and climate change, plus social class conflicts resulting from the paradigm shift, my conviction is that we are in dire need of a morales nuvem consensus which will herald new social, commerce, intermerce, and political covenants that will enable us to successfully traverse the twenty-first century and beyond.

Jo M. Sekimonyo: Jo M. Sekimonyo is a theorist, human rights activist, political economist, and social philosopher. He is a Congolese born, American fermented, and globally bottled Merchant of Ideas. Much of his writing has been concerned with economic injustice, poverty, and egalitarianism. Sekimonyo argues that the ability of individuals to understand the world and creatively respond to challenges that confront humanity is key to alleviating poverty. He facilitates several workshops and seminars every year throughout the developing world geared towards stimulating debates around global social issues and mainstream economic theories.