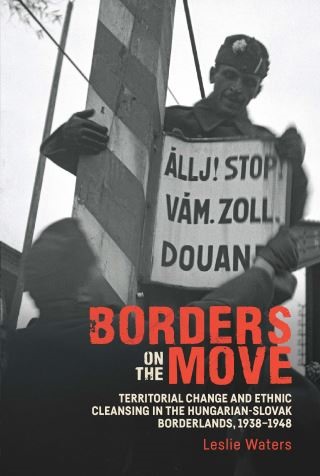 Borders on the Move

Territorial Change and Ethnic Cleansing in the Hungarian-Slovak Borderlands, 1938-1948

The movement of borders and people was a remarkably common experience for mid-twentieth-century Central and Eastern Europeans. Such was the case along the border between Czechoslovakia and Hungary, where territory changed hands in1938 and again in 1945. During the intervening period and beyond, residents of the borderland were caught in a nearly continuous onslaught of ethnic cleansing - expulsion of Czech and Slovak "colonists," Jewish deportations during the Holocaust, and postwar population exchanges - that was meant to reshape the territory first in the desired image of the Hungarian state and later on in that of Czechoslovakia.

Borders on the Move examines the impact of border changes and migrations on this region between 1938 and 1948. It investigates the everyday consequences of geopolitical events that are well-known from the perspective of international and national histories, but does so explicitly in the context of the borderland. Making skillful use of state and local archival sources in Hungary and Slovakia, author Leslie Waters illuminates the catastrophic effects of state action - including sweepingwealth redistribution and the expulsion of those perceived as enemies of the state - on individuals. This engagingly written and far-reaching work will be invaluable to scholars of the Holocaust and of East Central Europe as wellas to those who study forced migration, population exchange, and inter-ethnic relations.

LESLIE WATERS is assistant professor of history at the University of Texas at El Paso.

Leslie Waters: LESLIE WATERS is assistant professor of history at the University of Texas at El Paso.