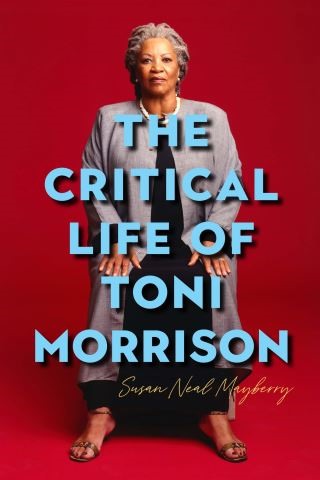 The Critical Life of Toni Morrison

Toni Morrison (1931-2019) is the most important American novelist since Faulkner, the most significant American woman writer since Dickinson, and the most widely read African American public intellectual of the last half century. Her influence as a writer, critic, editor, teacher, and scholar is profound: she changed the face of literature and literary criticism in the US, if not worldwide. Yet despite the ever-expanding field of Morrison scholarship, no book tracing her critical reception has existed, until now. The book is as much a cultural history of America as a reception history of an American writer.
Morrison worked brilliantly in many genres - fiction, of course (novels and short stories); drama/staged performance; poetry; non-fiction on historical, social, and political issues; and critical writings on the work of others and on her own work. She generated a literary-critical methodology that recognizes and embraces rather than ignores the African American presence in US literature, and thus transformed American academics' attitude toward American letters. The story of Morrison's achievement in making a home for herself - and for other women and people of color - in the stony bedrock of "white male" American literature is the subject of this book.

Susan Neal Mayberry: SUSAN MAYBERRY is Professor of English at Alfred University. She is author of Can't I Love What I Criticize: The Masculine and Morrison (2007; winner of the book award of the Organization for the Study of Communication, Language, and Gender, Copenhagen Business School, 2009).