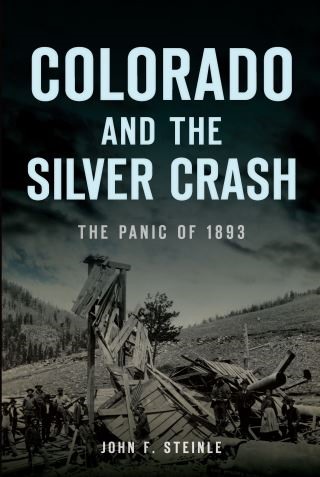 Colorado and the Silver Crash

A catastrophic depression engulfed Colorado in 1893. The government's decision to adopt the gold standard and stop buying silver hit the mining industry like a cave-in. Unemployment reached 90 percent in Leadville, a city built on silver. Strikes by union miners in Cripple Creek and Leadville led to destruction and death. Political parties split along battle lines of gold versus silver. By 1898, the country had begun to recover, but silver mining was never the same. Using firsthand commentary and more than one hundred historic photographs, John Steinle skillfully commemorates the story of Coloradans trapped in the unprecedented social, economic and political conflict of America's first great depression.

John F. Steinle: John has worked as curator and archivist at the Cincinnati Art Museum and the Cincinnati Historical Society, as director at several Ohio museums, as administrator of the Hiwan Homestead Museum in Evergreen, Colorado, and as the history education supervisor and region supervisor for the Bear Creek Region. He has been a member of many different living history and reenactment groups, such as the 1st Colorado Volunteers Civil War unit and the American Military Living History Association. This is his fourth book.