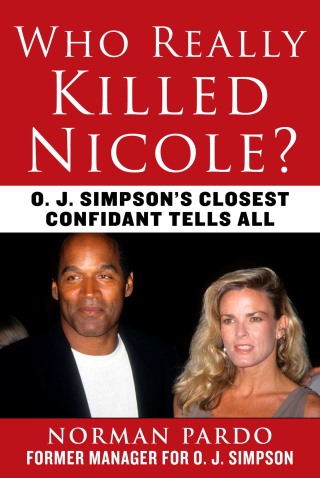 The True Story Behind the Murders of Nicole Brown Simpson and Ron Goldman, from O.J. Simpson's Closest Confidante

It’s the greatest crime story ever to play out on national television—the murders of Nicole Brown Simpson, the 35-year-old wife of famed pro football star O.J. Simpson, and Ron Goldman, a 25-year-old restaurant worker and friend of Nicole, who were brutally murdered by an unknown assailant outside Nicole’s home in Brentwood, California, on the evening of Sunday, June 12, 1994. Charged with the murders, O.J. Simpson underwent in October 1995 a nationally televised murder trial that lasted nearly nine months, ending in a dramatic acquittal that was watched live by over one-hundred-million people – one of the largest audiences to ever witness anything in the history of television.  It was called the “trial of the century.”

But people still want to know what really happened that summer night when Nicole Brown Simpson’s and Ron Goldman’s lives were literally cut short, and now, Norman Pardo—O.J.'s closest confidante and business manager for twenty years—offers readers the true story behind these murders. With revelatory never-before-seen evidence and previously undisclosed interviews with people who knew Simpson and Goldman, Pardo makes the case that the real killer was not O.J., whose only aim was to protect his children from Simpson's lifestyle. Rather, Pardo argues, the true murderer was notorious serial killer Glen Rogers, whose testimony in this book just may hold the key to unlocking the case once and for all.

Equal parts eye-opening, shocking, and entertaining, Who Really Killed Nicole? is essential reading for everyone interested in the O.J. Simpson trial and the murders of Nicole Brown Simpson and Ron Goldman, anyone interested in the case of Glen Rogers, and all those who still want to know the truth of what happened that fateful June evening in 1994.

Norman Pardo: Norman Pardo was O.J. Simpson’s right-hand man, his confidant, the keeper of his secrets, and his business manager for nearly twenty years. He is the founder of the Urban Core Institute and regarded as a pioneer of the web. His adventures have garnered him international recognition and he has had the honor of appearing on almost every major network, magazine, and newspaper around the globe. As an actor, producer, and director, he has created and distributed numerous films while working with some of the most distinguished film directors and celebrities in Hollywood, even appearing in Oscar-winning films like O. J.: Made in America.