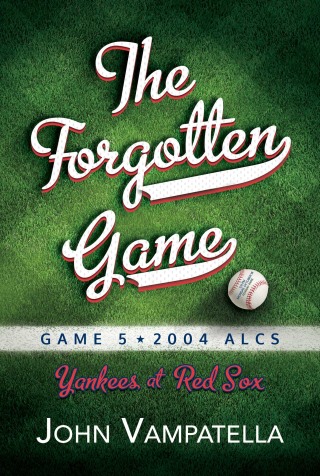 A gripping detailed recap of the wildly insane, oft-overlooked, extra-innings classic that turned the 2004 ALCS into the most memorable playoff series in modern history.

No team had ever come back from a 3–0 deficit to win a postseason series in baseball. In the history of MLB postseason play going into Game 5, there had been twenty-five series to start out 3–0. Of those, twenty ended in sweeps, two made it to a sixth game, and none had made it to a seventh game.

The Forgotten Game details one of the greatest games in baseball history between the two most bitter rivals in the sport. For years the two teams fought for American League supremacy, with the Yankees usually coming out on top. Following an incredible 2003 playoff series, the two teams squared off again in 2004 for the right to go to the World Series.

The Yankees won the first three games in convincing fashion, and it seemed, yet again, they would eliminate the Red Sox…until Boston miraculously won Game 4. Most fans remember the steal by Dave Roberts that sparked the game-tying rally in the ninth to keep Boston’s hopes alive. And most fans remember Curt Schilling’s sutured ankle in Game 6. But Game 5 was a do-or-die moment for the Red Sox, and they delivered in epic fashion. Yet, despite being the pivotal game in the series, it hasn’t drawn the attention the others have.

The Forgotten Game breaks down Game 5 on a virtual pitch-by-pitch basis, from the battle between Pedro Martinez and Mike Mussina, to the clutch performances by Tim Wakefield and David Ortiz, while breaking down the strategies the managers employed, and stories of how various players made their way to their respective teams for that fateful night. Never before has the story of Game 5 been told in such vivid and riveting detail.

“If you’ve devoured everything Red Sox-Yankees you’ll LOVE IT. If you are new to the rivalry and era you will understand it for the first time. I couldn’t put it down and loved the historical context of each inning. I loved it.” —Gar Ryness (Batting Stance Guy)

“While most people remember Boston's dramatic game 4 victory or Curt Schilling's bloody sock heroics in game 6, game 5 was truly the unsung hero of the series.  John Vampatella does a magnificent job of explaining why while providing tremendous background and anecdotes that all baseball fans will enjoy.  The Forgotten Game is an absolute must for Red Sox fans of all ages!” —Scott Cordischi, WEEI sports talk show host

John Vampatella: John Vampatella graduated from Syracuse University in 1991 with a Bachelor of Science degree, majoring in Broadcast Journalism from the S.I. Newhouse School of Public Communication. He is currently the Northeast Regional Director with Athletes in Action.