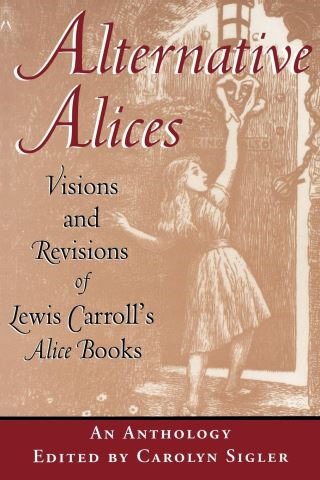 Lewis Carroll's Alice in Wonderland (1865) and Through the Looking Glass (1871) are among the most enduring works in the English language. In the decades following their publication, writers on both sides of the Atlantic produced no fewer than two hundred imitations, revisions, and parodies of Carroll's fantasies for children. Carolyn Sigler has gathered the most interesting and original of these responses to the Alice books, many of them long out of print.

Produced between 1869 and 1930, these works trace the extraordinarily creative, and often critical, response of diverse writers. These writers—male and female, radical and conservative—appropriated Carroll's structures, motifs, and themes in their Alice-inspired works in order to engage in larger cultural debates. Their stories range from Christina Rossetti's angry subversion of Alice's adventures, Speaking Likenesses (1874), to G.E. Farrow's witty fantasy adventure, The Wallypug of Why (1895), to Edward Hope's hilarious parody of social and political foibles, Alice in the Delighted States (1928). Anyone who has ever followed Alice down the rabbit hole will enjoy the adventures of her literary siblings in the wide Wonderland of the human imagination.