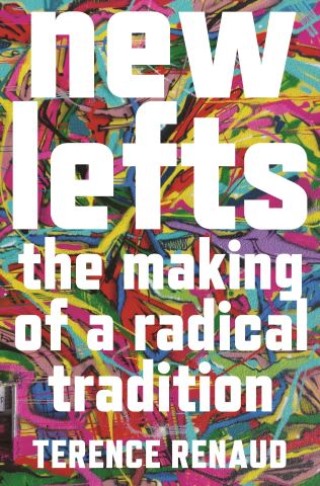 The Making of a Radical Tradition

A groundbreaking history of Europe's "new lefts," from the antifascist 1920s to the anti-establishment 1960s

In the 1960s, the radical youth of Western Europe's New Left rebelled against the democratic welfare state and their parents' antiquated politics of reform. It was not the first time an upstart leftist movement was built on the ruins of the old. This book traces the history of neoleftism from its antifascist roots in the first half of the twentieth century, to its postwar reconstruction in the 1950s, to its explosive reinvention by the 1960s counterculture.

Terence Renaud demonstrates why the left in Europe underwent a series of internal revolts against the organizational forms of established parties and unions. He describes how small groups of militant youth such as New Beginning in Germany tried to sustain grassroots movements without reproducing the bureaucratic, hierarchical, and supposedly obsolete structures of Social Democracy and Communism. Neoleftist militants experimented with alternative modes of organization such as councils, assemblies, and action committees. However, Renaud reveals that these same militants, decades later, often came to defend the very institutions they had opposed in their youth.

Providing vital historical perspective on the challenges confronting leftists today, this book tells the story of generations of antifascists, left socialists, and anti-authoritarians who tried to build radical democratic alternatives to capitalism and kindle hope in reactionary times.

Terence Renaud: Terence Renaud is a lecturer in the Humanities Program and the Department of History at Yale University. Website terencerenaud.com Twitter @terry_renaud