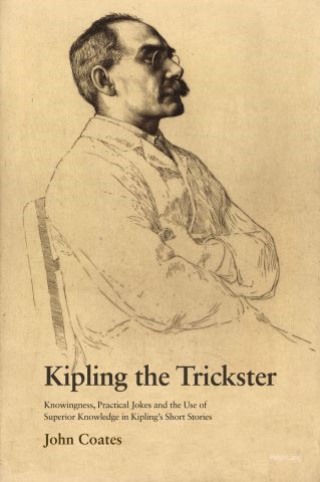 Knowingness, Practical Jokes and the Use of Superior Knowledge in Kipling's Short Stories

This book is an exploration of the way in which the characters in Rudyard Kipling’s short stories use superior knowledge, which often involves deception and the playing of practical jokes. There was early critical hostility to the stance adopted by Kipling’s characters, that of a superior knowledge acquired by friendship with a small male circle. This book engages with a long-standing critical tradition which treats the jokes as acts of vicarious revenge or symptoms of supposed defects in Kipling’s personality, instead setting his use of the practical joke in the wider social context of his time.

In this book Kipling’s writing is examined for what it reveals about a complex, self-conscious but powerful range of values rather than what it is supposed to disguise or conceal. Although he endorsed British colonial rule, Kipling was frank about the slackness, endemic rule-breaking and second-rate nature of British rule in India. He also criticised some of the widespread cultural, religious and moral phenomena of his time, which he thought harmful. Many of his short stories contain an implied but serious criticism of Victorian beliefs, from attitudes to death-beds, and schoolboys to Positivism.

John Coates, MA (Jesus College, Cambridge), PhD (Exeter), spent two years in the US teaching in colleges and in the UK lectured at the University of Hull until his retirement. He was an acknowledged expert on G. K. Chesterton, having written two books (1983, 2002) and numerous articles on him and given papers at international conferences. His main area of scholarship was late Victorian and Edwardian literature, as his books on Walter Pater (2011) and Rudyard Kipling (1997) affirm, but he had the ability to treat skilfully and sensitively an astonishing range of different writers. His book on Elizabeth Bowen (1998) is an example of this. He published more than a hundred papers in journals such as Shakespeare Survey and Comparative Literature. He died suddenly in January 2020, leaving the manuscript of this book.