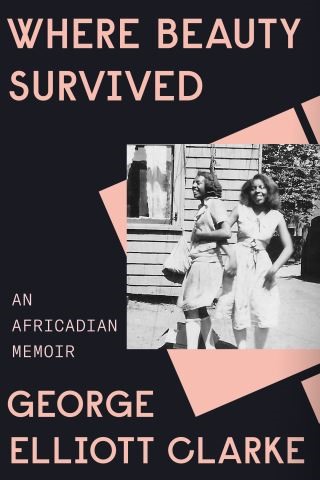 A vibrant, revealing memoir about the cultural and familial pressures that shaped George Elliott Clarke’s early life in the Black Canadian community that he calls Africadia, centred in Halifax, Nova Scotia.

As a boy, George Elliott Clarke knew that a great deal was expected from him and his two brothers. The descendant of a highly accomplished lineage on his paternal side—great-grandson to William Andrew White, the first Black officer (non-commissioned) in the British army—George felt called to live up to the family name. In contrast, his mother's relatives were warm, down-to-earth country folk. Such contradictions underlay much of his life and upbringing—Black and White, country and city, outstanding and ordinary, high and low. With vulnerability and humour, George shows us how these dualities shaped him as a poet and thinker.

At the book’s heart is George’s turbulent relationship with his father, an autodidact who valued art, music and books but worked an unfulfilling railway job. Bill could be loving and patient, but he also acted out destructive frustrations, assaulting George’s mother and sometimes George and his brothers, too.

Where Beauty Survived is the story of a complicated family, of the emotional stress that white racism exerts on Black households, of the unique cultural geography of Africadia, of a child who became a poet, and of long-kept secrets.

George Elliott Clarke: GEORGE ELLIOTT CLARKE is an internationally-renowned poet, novelist, playwright, screenwriter, librettist and scholar whose books have won him many honours, including the Portia White Prize, the Bellagio Center Fellowship, the Governor General’s Literary Award, the Dartmouth Book Award for Fiction, the Dr. Martin Luther King Jr. Achievement Award, the Eric Hoffer Book Award for Poetry, and the Pierre Elliott Trudeau Fellowship Prize. His narrative poem Whylah Falls won the Archibald Lampman Award for Poetry and was chosen for CBC’s inaugural Canada Reads competition. Born in Windsor, Nova Scotia, Clarke has taught at Duke and Harvard, and presently resides in Toronto where he teaches African-Canadian Literature at the University of Toronto. Clarke was appointed to the Order of Canada in 2008, and served as Canada’s 7th Parliamentary Poet Laureate in 2016–17.