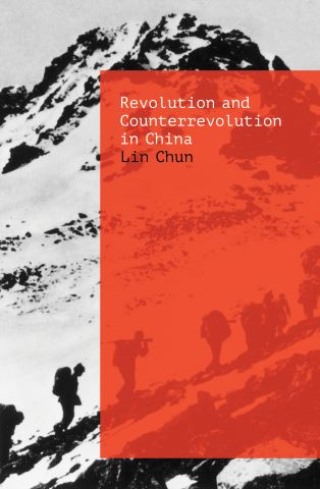 Revolution and Counterrevolution in China

A history of revolutionary China in the 20th century

China under XI Jingping has been experiencing unprecedented change. From the Belt and Road initiative to its involvement in Great Power struggles with the West, China is facing the world once more in the hope of reclaiming a lost Chinese greatness. But is "Socialism with Chinese Characteristics" just neoliberal capitalism under another name? And, if so, how can China reclaim the heritage of the Revolution in this its 70th anniversary?

In this panoramic study of Chinese history in the twentieth century, Lin Chun argues that the paradoxes of contemporary Chinese society do not merely echo the tensions of modernity or capitalist development. Instead, they are a product of both the contradictions rooted in its revolutionary history, and the social and political consequences of its post-socialist transition. Revolution and Counterrevolution in China charts China's epic revolutionary trajectory in search of a socialist alternative to the global system, and asks whether market reform must repudiate and overturn the revolution and its legacy.

Lin Chun is Professor in Comparative Politics at the London School of Economics and Political Science; and the author of The British New Left, The Transformation of Chinese Socialism, and China and Global Capitalism, among other books.