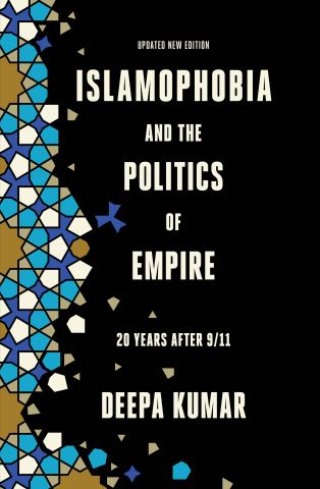 Islamophobia and the Politics of Empire

A critically acclaimed analysis of anti-Muslim racism from the sixteenth to the twenty-first centuries, in a fully revised and expanded second edition

This book, now updated to include the end of the Trump’s presidency, offers a clear and succinct explanation of how Islamophobia functions in the United States both as a set of coercive policies and as a body of ideas that take various forms: liberal, conservative, and rightwing. The matrix of anti-Muslim racism charts how various institutions—the media, think tanks, the foreign policy establishment, the university, the national security apparatus, and the legal sphere—produce and circulate this particular form of bigotry. Anti-Muslim racism not only has horrific consequences for people in Muslim-majority countries who become the targets of an endless War on Terror, but for Muslims and those who “look Muslim” in the West as well.

With a new foreword by Nadine Naber.

Deepa Kumar: Deepa Kumar is an award-winning scholar and activist, and Professor of Media Studies at Rutgers University and affiliated faculty with Women and Gender Studies, Sociology, Middle East Studies and Race and Ethnicity Studies. Her writing and scholarship on Islamophobia and empire has been featured in numerous media outlets, including the BBC, the Danish Broadcasting Corporation, the New York Times, NPR, and Al Jazeera.