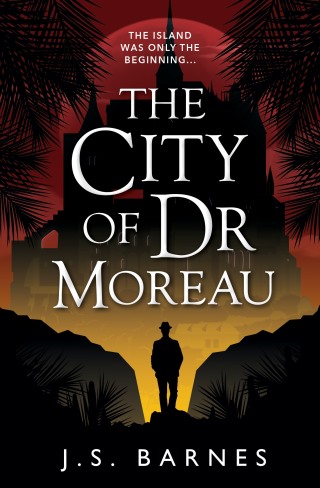 The City of Dr Moreau

A visionary new horror novel in the style of Wells' creepiest and most enduring fictions - a future history following the descendants of the Island of Dr Moreau.

In H G Wells’ The Island of Dr Moreau, a shipwrecked traveller finds himself alone on an island ruled by a mad doctor and inhabited by creatures who are at once both beast and human. He escapes…but that is only the beginning of the story.

The City of Dr Moreau is a sprawling history of the islanders, and an alternative vision of our own times. Spanning more than a century, criss-crossing across numerous places and many lives, we witness the growth of Moreau’s legacy, from gothic experiments to an event which changes the world. From the depths of Victorian London to a boarding house with an inhuman resident to an assassin on a twentieth-century train ordered to kill the one man who knows the truth, we follow secret skirmishes and hidden plots which emerge, eventually and violently, into the open.

J.S. Barnes: Jonathan is the author of Dracula's Child and three other critically acclaimed novels: The Somnambulist, The Domino Men and Cannonbridge ("original and monumentally inventive" - Washington Post). He writes regularly for the Times Literary Supplement and the Literary Review and is the author of numerous adaptations of classic Victorian novels, including The Invisible Man (starring John Hurt) and Dracula (starring Mark Gatiss). He is married and lives on the fringes of London. Last year, he made a pilgrimage to Transylvania.