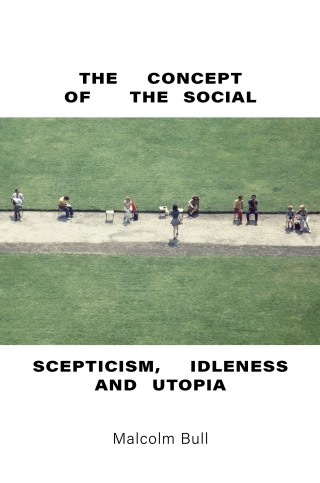 The Concept of the Social

From here to utopia, new directions in political theory

What does political agency mean for those who don't know what to do or can't be bothered to do it? This book develops a novel account of collective emancipation in which freedom is achieved not through knowledge and action but via doubt and inertia.

In essays that range from ancient Greece to the end of the Anthropocene, Bull addresses questions central to contemporary political theory in novel readings of texts by Aristotle, Machiavelli, Marx, and Arendt, and shows how classic philosophical problems have a bearing on issues like political protest and climate change. The result is an entirely original account of political agency for the twenty-first century in which uncertainty and idleness are limned with utopian promise.

Malcolm Bull: Malcolm Bull teaches at Oxford University. His previous books include Anti-Nietzsche and On Mercy, which was a 2019 New Statesman Book of the Year. He is on the editorial board of New Left Review and writes for the London Review of Books.