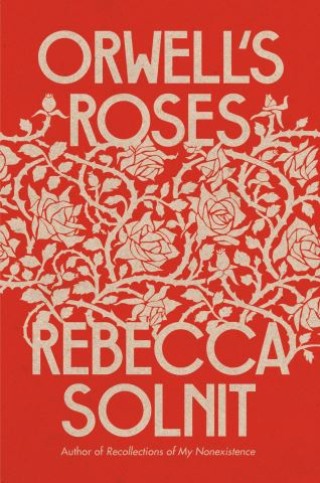 “Nobody who reads it will ever think of Nineteen Eighty-Four in quite the same way.”—Vogue

A lush exploration of roses, pleasure, and politics, and a fresh take on George Orwell as an avid gardener whose political writing was grounded in his passion for the natural world

“In the year 1936 a writer planted roses.” So begins Rebecca Solnit’s new book, a reflection on George Orwell’s passionate gardening and the way that his involvement with plants, particularly flowers, and the natural world illuminates his other commitments as a writer and antifascist, and the intertwined politics of nature and power.

Sparked by her unexpected encounter with the surviving roses he planted in 1936, Solnit’s account of this understudied aspect of Orwell’s life explores  his writing and his actions—from going deep into the coal mines of England, fighting in the Spanish Civil War, critiquing Stalin when much of the international left still supported him (and then critiquing that left), to his analysis of the relationship between lies and authoritarianism. Through Solnit’s celebrated ability to draw unexpected connections, readers encounter the photographer Tina Modotti’s roses and her Stalinism, Stalin’s obsession with forcing lemons to grow in impossibly cold conditions, Orwell’s slave-owning ancestors in Jamaica, Jamaica Kincaid’s critique of colonialism and imperialism in the flower garden, and the brutal rose industry in Colombia that supplies the American market. The book draws to a close with a rereading of Nineteen Eighty-Four that completes her portrait of a more hopeful Orwell, as well as a reflection on pleasure, beauty, and joy as acts of resistance.

Rebecca Solnit: Rebecca Solnit is the author of more than twenty books, including Recollections of My Nonexistence, A Field Guide to Getting Lost, The Faraway Nearby, A Paradise Built in Hell, River of Shadows, and Wanderlust. She is also the author of Men Explain Things to Me and many essays on feminism, activism and social change, hope, and the climate crisis. A product of the California public education system from kindergarten to graduate school, she is a regular contributor to The Guardian and other publications.