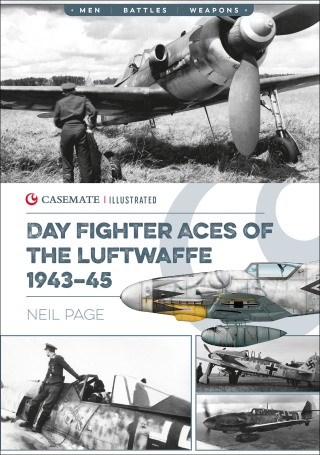 This volume of Day Fighter Aces of the Luftwaffe traces the story of the Luftwaffe’s day fighter arm from 1942 through to the end of the war in Europe, covering missions over Russia in 1943, over the West and the Reich, the Eastern Front and the Mediterranean. Organized campaign by campaign, this chronological account interweaves brief biographical details, newly translated personal accounts, and key moments in the careers of a host of notable and lesser known Luftwaffe aces.

Fully illustrated with 200 contemporary photographs, maps, and profiles of the aircraft flown by these aces, this is a visual delight for anyone with an interest in the day fighter aces of the Luftwaffe.