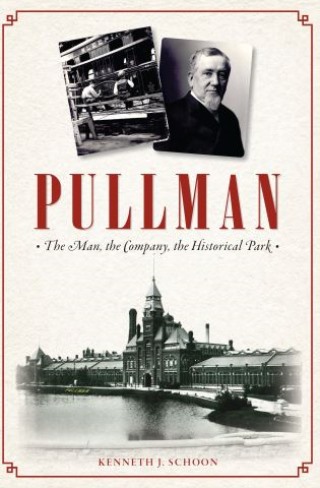 The Man, the Company, the Historical Park

George Pullman's legacy lies in the town that bears his name. As one of the first thoroughly planned model industrial communities, it was designed to give the comforts of a permanent home to the employees who built America's most elegant form of overnight railroad travel. But the town was more than just a residential wing of sleeper car manufacturing; its 1894 railroad strike led to the national Labor Day holiday. In the early twentieth century, the Pullman Company became the country's largest employer of African Americans, who then formed the nation's first successful Black labor union. Author Kenneth Schoon revisits Pullman's monumental history and the lessons it continues to provide.

Kenneth J. Schoon: Ken Schoon, a Northwest Indiana native, is a professor emeritus at Indiana University Northwest, where he had taught for more than forty years. He is the author of half a dozen books about the history of the Greater Chicago/Northwest Indiana area, including Calumet Beginnings: Ancient Shorelines and Settlements at the South End of Lake Michigan, Dreams of Duneland and Shifting Sands: The Restoration of the Calumet Area. To some extent, most of these titles note the relationship between the geology of the area and its human history. He is a founding board member, past president and advisor to the Dunes Learning Center; a member of the Advisory Council of the Shirley Heinze Land Trust; and a member of the Indiana Historical Society, which gave him the Dorothy Riker Hoosier Historian Award in 2016. In 2019, he was the recipient of the Dunes Learning Center's Green Apple Award for Environmental Education Excellence.