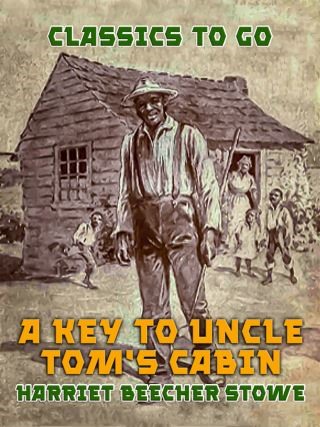 A Key to Uncle Tom's Cabin

The reaction of Stowe's contemporaries to A Key to Uncle Tom’s Cabin was very similar to the reaction to Uncle Tom’s Cabin, with both very positive and very negative reviews. The responses of abolitionists and Northerners in general were among the positive, lauding the documentation of the evils of slavery and the confirmation of the truth of Uncle Tom’s Cabin. The great interest in Uncle Tom’s Cabin in England also transferred to the Key. One English review of the 1853 publication called it a "marvelous book, more so if possible than Uncle Tom’s Cabin itself". This same review also commends Stowe's self-control and character. This impression of Stowe and the reception of the book is much different than the reaction to the Key in the South. The pro-slavery response to the Key paralleled the response to Uncle Tom's Cabin. Despite Stowe's use of documented examples, most Southern reviews still claimed that Stowe was misrepresenting slavery and exaggerating the cruelty of the institution. A review in the Southern Literary Messenger called the Key a "distortion of the facts and mutilation of the records, for the sake of giving substance to the scandalous fancy, and reduplicating the falsehood of the representation". Although these reviews claimed that Stowe was misrepresenting slavery, they did not accuse Stowe of using false documentation. Rather they claimed that the examples that Stowe provided are the most extreme instances, which she gathered to give the worst possible impression of the institution of slavery, and of the South. One critic, William Simms, accused her of using faulty argumentation by gathering facts to prove her assumption, instead of forming assumptions based on facts. Another pro-slavery response to both Uncle Tom's Cabin and A Key to Uncle Tom's Cabin was attacks on Stowe's character. Many reviews made insinuations about what sort of woman Stowe must be to write about such events as were found in the Key. A review by George Holmes questioned whether "scenes of license and impurity, and ideas of loathsome depravity and habitual prostitution [are] to be made the cherished topics of the female pen"; he appealed to women, especially Southern women, not to read Stowe's works. In spite of the varied reviews of A Key to Uncle Tom's Cabin, it sold well: 90,000 copies in the first month, a clear best-seller.

Harriet Beecher Stowe: Harriet Elisabeth Beecher Stowe (/stoʊ/; June 14, 1811 – July 1, 1896) was an American author and abolitionist. She came from the Beecher family, a famous religious family, and became best known for her novel Uncle Tom's Cabin (1852), which depicts the harsh conditions experienced by enslaved African Americans. The book reached an audience of millions as a novel and play, and became influential in the United States and in Great Britain, energizing anti-slavery forces in the American North, while provoking widespread anger in the South. Stowe wrote 30 books, including novels, three travel memoirs, and collections of articles and letters. She was influential both for her writings and for her public stances and debates on social issues of the day.