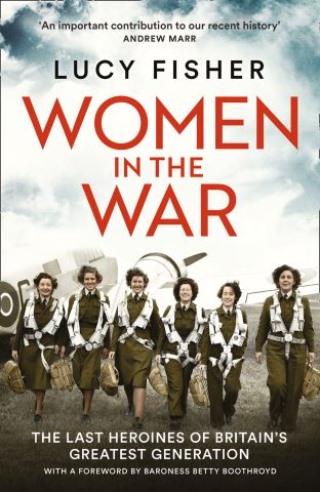 Women in the War

‘An important contribution to our recent history’ ANDREW MARR

‘One of my favourite reads of 2021’ GARETH RUSSELL

Poignant and inspiring, Women in the War tells the first-hand stories of ten of the last surviving female members of Britain's 'Greatest Generation'.

Whether flying Spitfires to the frontline, aiding code breaking at Bletchley Park, plotting the Battle of the Atlantic or working with Churchill in the Cabinet War Rooms, each of these women made a crucial contribution to the conflict overseas and helped to buttress the home front.

Here they recount their remarkable experiences during the Second World War, recalling how their formative years were shaped by danger and trauma, and how friendship and romance fortified their spirits.

Drawing on the insight that comes with age, they contemplate how the conflict helped women prove their worth, transforming society and sparking the later battles for equal rights.

With a reporter’s eye for detail, Lucy Fisher artfully weaves together moving contemporary interviews with gripping wartime diaries and letters. This is a vivid oral history that will stay with you long after you've put it down.

Lucy Fisher is an award-winning journalist and author. She is Deputy Political Editor of The Daily Telegraph and a regular broadcaster on the BBC and Sky News.

Previously she was Chief Political Correspondent, and then Defence Editor of The Times, and has reported from across the world, including Brussels and Washington, as well as Afghanistan, Iraq and the Arctic.

Her first book, Emily wilding Davison: The Martyr Suffragette, was published in 2013.

She lives in London with her husband.