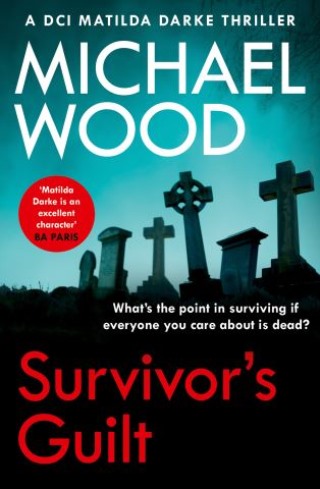 ‘Tense, twisty, emotional and gripping. Will definitely be reading more from Matilda Darke and this gets a huge 5 stars from me!’ Angela Marsons

Nine months ago DCI Matilda Darke survived a bullet to the head. The brutal attack claimed dozens of lives, including those she loved most, and the nightmares still plague her every waking thought.

A MEMORY SHE’D RATHER FORGET

Now, she’s ready to get back on the job. But a new terror awaits. A woman is found murdered and her wounds look eerily similar to several cold cases. Desperate to find a lead, DCI Darke and her team must face a terrifying truth: a serial killer is on the loose in Sheffield.

A THREAT CLOSE TO HOME

Matilda has led countless murder investigations before but the lingering emotional scars from her ordeal and the uneasiness within her once-tight team have left tensions high. As the body count rises, Matilda realises that this might just be where it all ends.

The brand new instalment in the DCI Matilda Darke series will leave you on the edge of your seat. Perfect for fans of Angela Marsons, Kathy Reichs and Peter James.

‘Had me in tears at one point. Brilliant, non-stop stuff. Feel like I’ve been through some sort of psychological bombardment. Exhausted. Terrific’ John Barlow, author of Right to Kill

Michael Wood is a freelance journalist and proofreader living in Sheffield. As a journalist he has covered many crime stories throughout Sheffield, gaining first-hand knowledge of police procedure. He also reviews books for CrimeSquad, a website dedicated to crime fiction.