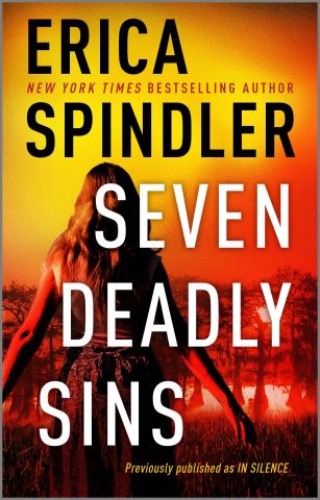 A Southern town hides many secrets… and sins that must be kept hidden. Previously published as In Silence.

Journalist Avery Chauvin is devastated when she receives word of her father’s suicide. Returning to her hometown of Cypress Springs, Louisiana, she desperately searches for answers. Instead she hears whispered rumors of strange happenings, of neighbors who go missing in the night. When Avery discovers a box of fifteen-year-old newspaper articles in her father’s house, covering the brutal murder of a local woman, she begins to fear he may be involved.

Then the past and present collide. A woman is found savagely murdered. An outsider passing through town vanishes. Each step closer to the truth exposes yet another layer of deceit, and Avery learns that a terrible evil resides in this peaceful Southern town. An evil that is willing to keep the town’s sins a secret—at any cost.