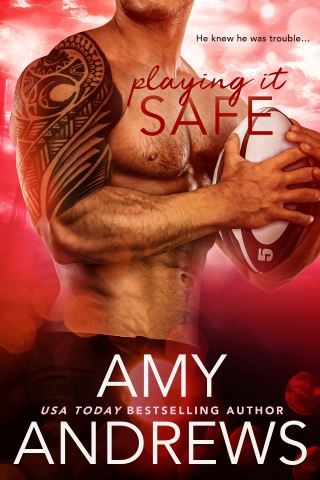 Donovan Bane loves playing rugby for the Sydney Smoke. And if that means he has to keep his sexuality a secret, that’s a sacrifice he’s prepared to make. At least until after he retires, anyway. He doesn’t want to be the first pro rugby player in Australia to officially come out while still playing. The team doesn’t need the media shit storm and he’d rather be known for his footy skills. Which means no dating, no relationships, no sex. Nothing but playing ball.

Until one man suddenly changes everything…

Beckett Stanton is out and proud—and not looking for a guy who isn’t. Been there, done that, complete disaster. Unfortunately, on the first day of his new job working for the Sydney Smoke, he locks eyes with Donovan Bane and he’s a goner. Big, gruff, and athletic isn’t usually Beck’s type, but for some reason this man is ticking all his boxes. And it’s clear the feeling is mutual. It’s also clear that Donovan is not out, and doesn’t plan to be anytime soon. Still, Beck can’t resist being the man to show Donovan everything he’s been missing.

For the first time, Donovan doesn’t play it safe and allows himself to indulge in things with Beck he knows he can’t have. But when their relationship gets serious, he knows he has to choose between the career he loves and the man he loves, because how can he possibly have both?

Amy Andrews: Amy Andrews is an award-winning, USA Today bestselling, double RITA®–nominated Aussie author who has written seventy-plus contemporary romances in both the traditional and digital markets. She’s been translated into more than a dozen different languages as well as manga. Her books bring all the feels from sass, quirk, and laughter to emotional grit to panty-melting heat. She loves frequent travel, good books, and great booze—although she'll take mediocre booze if there's nothing else. For many, many years she was a registered nurse. Which means she knows things. Anatomical things. And she’s not afraid to use them! She lives in a sleepy seaside town with her husband of twenty-nine years. Visit her online at http://amyandrews.com.au/