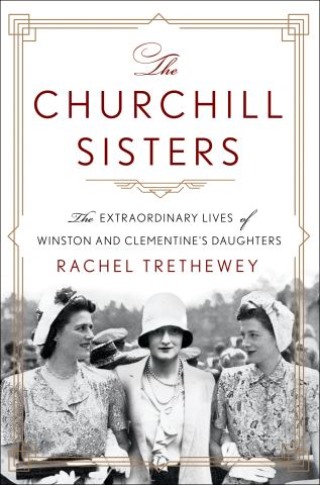 The Extraordinary Lives of Winston and Clementine's Daughters

As complex in their own way as their Mitford cousins, Winston and Clementine Churchill’s daughters each had a unique relationship with their famous father. Rachel Trethewey's biography, The Churchill Sisters, tells their story.

Bright, attractive and well-connected, in any other family the Churchill girls – Diana, Sarah, Marigold and Mary – would have shone. But they were not in another family, they were Churchills, and neither they nor anyone else could ever forget it. From their father – ‘the greatest Englishman’ – to their brother, golden boy Randolph, to their eccentric and exciting cousins, the Mitford Girls, they were surrounded by a clan of larger-than-life characters which often saw them overlooked. While Marigold died too young to achieve her potential, the other daughters lived lives full of passion, drama and tragedy.

Diana, intense and diffident; Sarah, glamorous and stubborn; Mary, dependable yet determined – each so different but each imbued with a sense of responsibility toward each other and their country. Far from being cosseted debutantes, these women were eyewitnesses at some of the most important events in world history, at Tehran, Yalta and Potsdam. Yet this is not a story set on the battlefields or in Parliament; it is an intimate saga that sheds light on the complex dynamics of family set against the backdrop of a tumultuous century.

Drawing on previously unpublished family letters from the Churchill archives, The Churchill Sisters brings Winston’s daughters out of the shadows and tells their remarkable stories for the first time.

Dr. Rachel Trethewey: RACHEL TRETHEWEY has a degree in History from Oxford University, and a PhD in English from Exeter University. At Oxford, she won the Philip Geddes Prize for student journalism. During her subsequent journalist career she wrote features for the Daily Mail and Daily Express and reviewed historical books and biographies for the Independent. The Churchill Sisters is her fourth book.